Signs of a Heart Attack or Stroke?

As February, heart attack awareness month, has quickly come and gone, learn more in the last installment of my 3 part series on heart attacks. Strokes and heart attacks are very different yet similar.

Difference Between Stroke and Heart Attack

According to Columbia Neurology, heart attack and stroke are two different medical problems. Both conditions are vascular events involving the arteries and can lead to disability and death.

When blood flow to the brain is blocked, it’s a “brain attack” or stroke. A blood clot can be the cause of the stroke. Time is critical with a stroke. “Time lost is brain lost” so it’s important to act quickly if you recognize the symptoms. 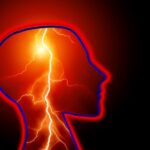 factor. TIAs produce the same symptoms as a stroke but don’t cause lasting damage. Someone who has had 1or more TIAs is almost 10x more likely to have a stroke according to the American Stroke Association. So a TIA is a medical emergency that needs immediate attention.

What is the 3rd Leading Cause of Death in the U.S.?

Strokes have become the 3rd leading cause of death in the USA. In order to prevent more from happening, here are some acronyms to have on hand.

Remember F.A.S.T. to recognize signs of a stroke:

There are several other signs in my previous blog on stroke symptoms but the American Stroke Association uses the shorter version.

Drive to the ER or Call an Ambulance?

If you drive to the ER, you likely will drive like a crazy person as I have done. But it’s much better to call 911 and let EMS begin treatment as soon as they arrive. They can perform many vital functions in their truck that gets communicated to the ER upon your arrival. And you don’t have to worry about causing an accident on your drive to the ER.

To think about prevention, you have to know the risks. According to Columbia Neurology, these are the risk factors:

We can all take an active role in addressing the above risk factors but there are some predispositions you should be aware of.

Gender. Men tend to have more heart attacks, and have them at an earlier age, than women. But, while more men have strokes than women, women in all age groups are more likely to die from stroke.

Race. African-Americans have higher rates of CAD and more severe high blood pressure than whites. Coronary artery disease is also more prominent in Mexican-Americans, American Indians, Alaska Natives, and Pacific Islanders, in part because of higher rates of obesity and diabetes, two other common risk factors for both heart attack and stroke.

For additional information check out Heart attack and stroke differences from Inova Heart & Vascular.  If you’ve had any of these medical emergencies, be sure to wear your medical alert bracelet to give EMT’s an idea of your condition.

About the Author:  Michele Redmon is the owner of I.C.O.E. Bracelets. She loves the peace of mind these bracelets provide to parents, grandparents and children. With customer service a priority, she loves talking to her customers so drop her a line at mailto:mredmon@icoebracelets.com.